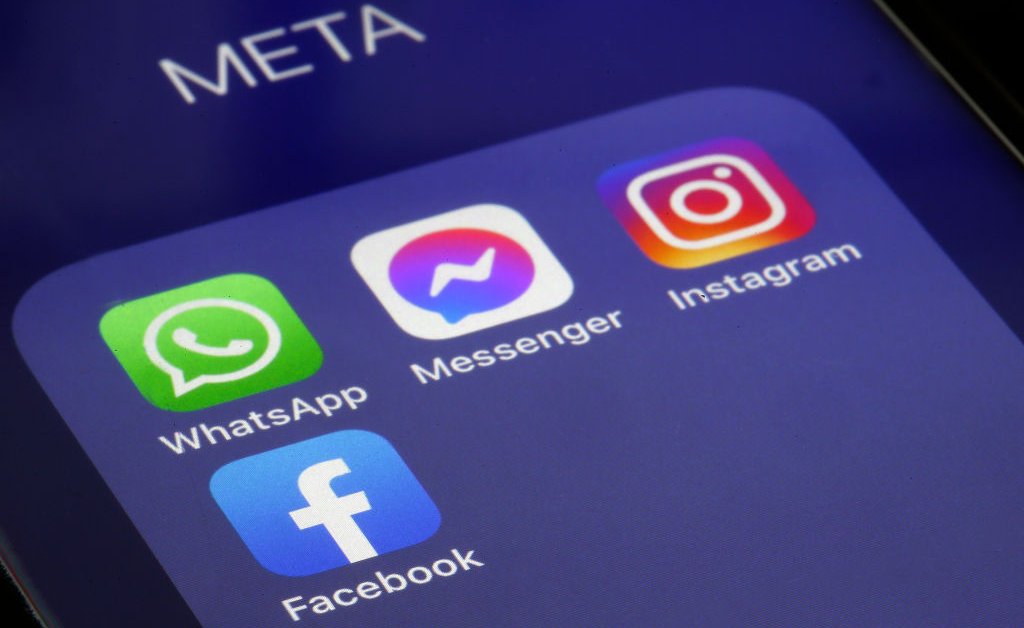 JOhn Oliver’s masterful explanation of tech monopolies — and how Senate Majority Leader Chuck Schumer (D-NY) is blocking legislation to reign in them — is a must-read for anyone who cares about innovation. and competition in America. He detailed how Apple, Google and Amazon use their core products and market share to crush competitors and break into new businesses while taking advantage of ordinary Americans.

It’s easy for anyone to see that it’s unfair for Amazon to copy a bag that becomes popular on its website and offer its own identical version through Amazon Basics. It’s an example of “self-preference,” the term used to describe the behavior of monopolists who leverage their control of a market to harm those in that market, which Mr. Oliver expertly described.

But Oliver didn’t talk about Meta, who is arguably the biggest winner if Sen. Chuck Schumer chooses not to lift his de facto hold on to the American Innovation and Choice Online Act (AICO), bipartisan reform legislation currently in the Senate that would limit the ability of marketplace owners to exploit their power over market participants. For instance. Amazon has been accused of copying bestsellers on its marketplace and then using platform control to direct traffic to its copy.

Meta’s platforms – Facebook, Instagram and WhatsApp – operate marketplaces that at first glance appear different from those of Google, Amazon and Apple. So why is Meta putting unprecedented resources into killing AICO, which appears to be targeting the other Big Tech monopolies? Because just like other Big Tech monopolies, Meta uses self-preference to undermine the viability of small businesses that depend on it.

AICO threatens to unravel some of Meta’s lesser-recognized anti-competitive practices. For example, Facebook prevents users of its chat platforms from communicating with users of other chat platforms. The CEO of a chat startup said there’s “very little innovation in chat” because companies like Facebook are “blocking people from using their product.” You don’t have to take this CEO’s word for it. Facebook actually cut off another messaging service’s access to its infrastructure, fearing it might become a competitor.

The underlying reason why Meta is fighting AICO tooth and nail is this: AICO would stand in the way of Meta implementing its long-term goal of controlling what Mark Zuckerberg describes as the next Internet revolution: the Metaverse.

From 2006 to 2009, I was an advisor at Zuckerberg. I also led my company’s early investments in Facebook. Since then, I’ve written and spoken (again and again) about how the company has gone astray, how its culture, business practices and algorithms undermine public health, democracy, privacy and competition in our economy.

Over forty years in technology, I have witnessed the transformation of the industry from a culture of empowering customers with technology to exploiting human weakness. An industry that was once vibrant and revolutionary is now controlled by half a dozen monopolies whose idea of ​​innovation is to add just enough functionality to keep customers locked in. In many ways, Facebook is a poster child for this change. His journey from a dorm startup to a trillion-dollar business spanned just sixteen years.

Along the way, Facebook has pioneered an entirely new industry, giving people truly new and useful products. Today, it behaves as aging monopolies always do: protecting its turf, copying the best ideas of emerging players, and exploiting consumers instead of serving them. I had a front row seat to the transformation, and I’m here to tell you that Zuckerberg needs to be stopped.

The transformation of America’s tech industry from an engine of growth into a collection of parasitic monopolies has happened over the past fifteen years, slowly at first, then decisively. This happened at a time when there is almost no oversight of tech companies. Facebook has risen to the top of our economy by gobbling up potential rivals WhatsApp and Instagram before they posed a real threat, allowing it to corner the global market for both messaging and photo sharing, creating a moat giants to expand and protect its social media monopoly. media.

Later, Facebook added a “Stories” feature copied from a smaller competitor, Snapchat, and was able to conquer the market on a new way of sharing photos and videos made possible by its ownership of Instagram. Facebook admits to repeating this strategy, trying to look more like TikTok in hopes of preventing this emerging competitor from undermining its monopoly on social media.

Last fall, Facebook suddenly changed its name to Meta, and Zuckerberg gave a demonstration of the Metaverse, which he described as “the next chapter for the internet.” The timing was unexpected and seemed rushed. As it did on the heels of the shocking revelations from whistleblower Frances Haugen, analysts like me have speculated that the name change was a desperate effort to change the subject. It largely worked.

When Zuckerberg says he wants to create “all-day immersive experiences” and says the metaverse “will become the primary way we live our lives and spend our time,” what he’s really saying is that it will build a platform where every participant, from users to partner companies to merchants, will be at its mercy. If AICO is not adopted, Meta will be able to undermine any business or manipulate any user’s choices in the Metaverse. AICO’s philosophy is that a company should be able to own a market or participate in it, but not both.

Meta is incentivized to be open in the early days of the Metaverse to attract partners and users, but Facebook’s history suggests that once it reaches critical mass, the company will engage in anti-competitive behavior. The most likely endgame is a Metaverse where you can only participate with Oculus VR technology, which Meta already has; log in only via a Facebook account, which Meta already has; chat only with Messenger, which Meta already has; and pay for coffee through WhatsApp’s new payment feature, which Meta also has. Meta would likely repeat its past behavior by buying up the most promising innovators in the metaverse, then use its market power to bury the rest, much like Google and Amazon have done on their own platforms.

It is not in the world’s interest for one or more Big Tech companies to control “the next chapter” of the Internet. But that is exactly what is likely if we continue to do nothing.

The good news is that Schumer can partially hold back Zuckerberg and the other tech monopolies with the snap of a finger. AICO would drive technological innovation and provide consumers with better products by suppressing self-preference. The Senate Judiciary Committee has already approved it in a majority bipartisan vote. Bill sounds great in both red and blue states.

Senator Schumer can and should call for a vote on AICO. In doing so, he has a chance to improve the Internet and sharpen America’s technological edge.

Will he seize the opportunity or will he bid Big Tech?