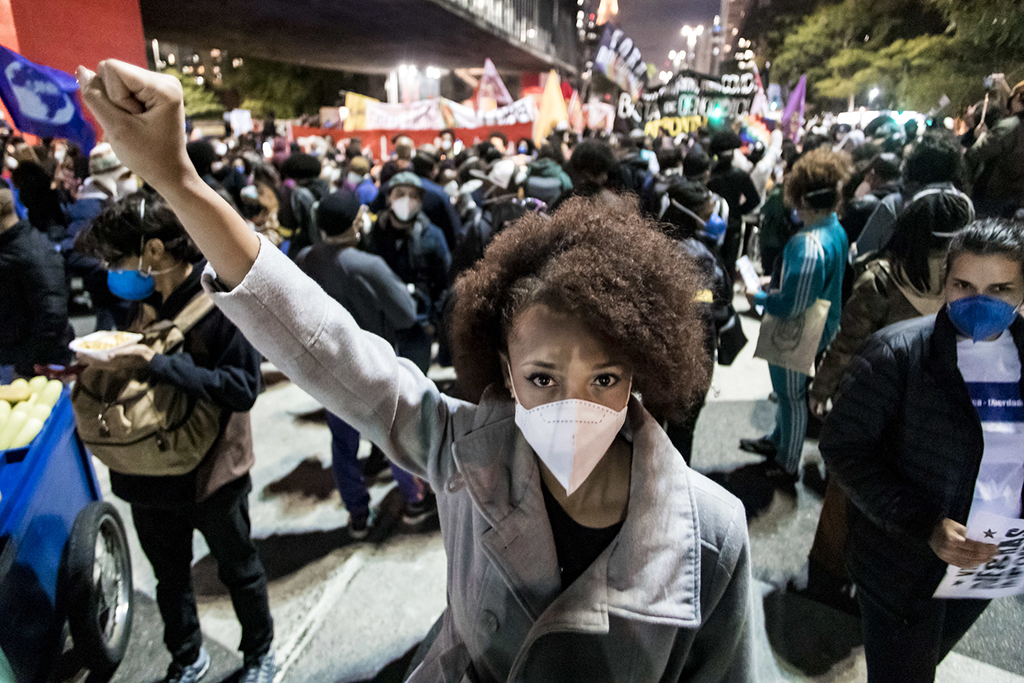 Why (and how) should we still talk about May 13?

For 300 years, Negroes on the African continent were subjugated and enslaved in various parts of the world, including Brazil. It was three centuries of dehumanization of millions of people. Today, 134 years after its legal abolition in Brazilian territory, slavery does not hide its deep marks to which, unfortunately, the ruling classes turn their backs as if they were “small problems”.

Dehumanized by slavery, men, women and children built the wealth of much of the world we know, under the merciless scourge of whipping and so many other forms of violence derived from this condition which, most of the time, was justified as necessary and positive even for the slaves themselves – since, according to the Catholic Church, it would save the Negro people from sin and give them eternal salvation through their conversion to Christianity.

This condition, to which millions have been subjected, has not only cost lives in the past but continues to do so in the present, due to a perverse system – formed by the alliance of large estates, monoculture and slavery – which laid the foundations of what we now call Brazilian society, marked among other things by the racial division of labor, one of the pillars responsible for the accumulation of capital and all the resulting forms of exploitation.

Today, when we hear the discourse of “meritocracy”, instead of blindly acquiescing to the false argument that “he who gets ‘a place in the sun’ deserves it”, we must not only reflect on the intentions of the classes leaders when they repeatedly use it, but also to take a historical retrospective to understand how regrettable it is to resort to meritocracy in such an unequal society.

It is necessary to review the document called the Golden Law, of only two articles: 1: From the promulgation of this law, slavery is declared abolished in Brazil; 2: All provisions contrary to it are repealed. As can be seen, the aforementioned law does not deal with or mention – even superficially – the measures to be adopted to come to the aid of the population which, at that date, was no longer officially enslaved.

We must also be very attentive to the reality that surrounds us 134 years later. It was to be expected that in the absence of structures designed to integrate with dignity this population newly freed from slavery, disaster would befall it. The statistics confirm it.

Access to education, health, housing, employment and decent wages is much lower for the black population. Conversely, the rates of incarceration, homicide, illiteracy, unemployment and physical work are infinitely higher for the same population.

Yet many people want to continue to turn a blind eye to this. They want to forget the contempt that the Brazilian state has historically shown to the black population. Some of these people are even perverse to the point of trying to “justify” the social ills that affect this part of the population by linking them to the demographic question. Incredible as it may sound, I heard a university professor ask, “Isn’t the fact that blacks are the majority in the prison system because they are the majority of the Brazilian population?”

Well, this discourse is as perverse as that of “meritocracy”. If it was a question of equivalence to the demographic situation of the black population, then why are we not in the majority in the Judiciary, in Medicine, in the Brazilian Academy of Sciences, in the Academy Brazilian Literature, Journalism, Congress, etc.?

It’s certainly not because we don’t have the capacity to do so. For most of our lives, most of us have to worry about surviving (literally). Whether it’s so as not to die from a bullet fired by the police (or by a racist neighbor in the very building where he lives, as happened to Durval Teófilo Filho, 38, taken for a “delinquent” by a marine sergeant in February of this year), whether to die in prison, whether to die of starvation… The statistics show the reality of the black population in this country.

In 2019, according to the Brazilian Public Security Yearbook, blacks represented 66.7% of the prison population, compared to 33.3% of the non-black population (considered white, yellow and indigenous, according to the classification adopted by the Brazilian Institute of Geography and Statistics, IBGE). This means that for every non-black person incarcerated in Brazil that year, two black people were incarcerated.

Also in 2019, a survey conducted by the Mortality Information System (SIM), in conjunction with the Notifiable Diseases Information System (Sinan) of the Ministry of Health, showed that black men were most affected, accounting for 75% of all gun deaths, while non-blacks accounted for 19%. During the same period, black women made up 4%, compared to 2% of non-black women.

In 2020, according to the IBGE, 65% of women in paid employment in the family home were black. The same study showed that 75% of the people performing these functions were not registered with the Ministry of Labor, which means that they are informal workers, which leads us to the logical conclusion that the majority are black. , especially women.

In the same study, the IBGE shows that the national average income rose from R$924 to R$876 in all regions, except in the North Region, which remained stable. However, informal workers earn 40% less than formal workers; and black workers receive on average 15% less. In addition, data from the Inter-union Service for Statistics and Socio-economic Studies (Dieese) show that in 2021, the unemployment rate for black women is 18.9%, compared to 12.5% ​​for non-black women.

Regarding access to basic sanitation conditions, the Synthesis of Social Indicators (SIS) carried out by IBGE in 2018 showed that all the housing and sanitation indicators analyzed showed that the situation of the population black or brown is more severe than that faced by non-black people. While 72.1% of the non-black population had access to running water, sanitation and daily waste collection, this percentage drops to 54.7% if we refer to the black population.

These statistics are just a few of the many that sadly demonstrate how race is a marker of inequality in Brazil. Because, although they may seem “clichéd” to some, the favelas, the cells, the streets, are colonies of contemporary slaves; the gendarmes and the jailers are today’s “foremen”; the dungeons of the police stations are places of torture; the family homes where so many black women work every day are the “boss houses” of the slave ranches….

If all this were not enough, Repórter Brasil – an organization whose goal is to encourage reflection and action on the violation of the fundamental rights of Brazilian peoples and workers – published in November 2019 a survey based on data from the Under-Secretariat for Labor Inspection, which shows that blacks represent 82% of people rescued from forced labor in the country. Four out of five workers rescued from slavery-like situations are black, and most of them are from the northeast, are young, uneducated or have low levels of education.

All this means that the Brazilian state left black people adrift at the end of the 19th century. And it continues to do so in the 21st century. And so, although we are 134 years after the enactment of this law, we must still continue to fight to get rid of the stereotypes, stigmas, prejudices and exclusions resulting from the racism that crosses our lives – from birth to death – although they are often disguised as “praise” or accused of “good intentions”.

The good thing about this scenario is that we don’t give up. We continue to resist, whether by denouncing or fighting for respect, dignity and equal rights. We will not be paralyzed by attempts to maintain oppressive structures. The road is hard, but we are inspired by our ancestors who bravely resisted by organizing and fighting for the right to dignity and humanity.