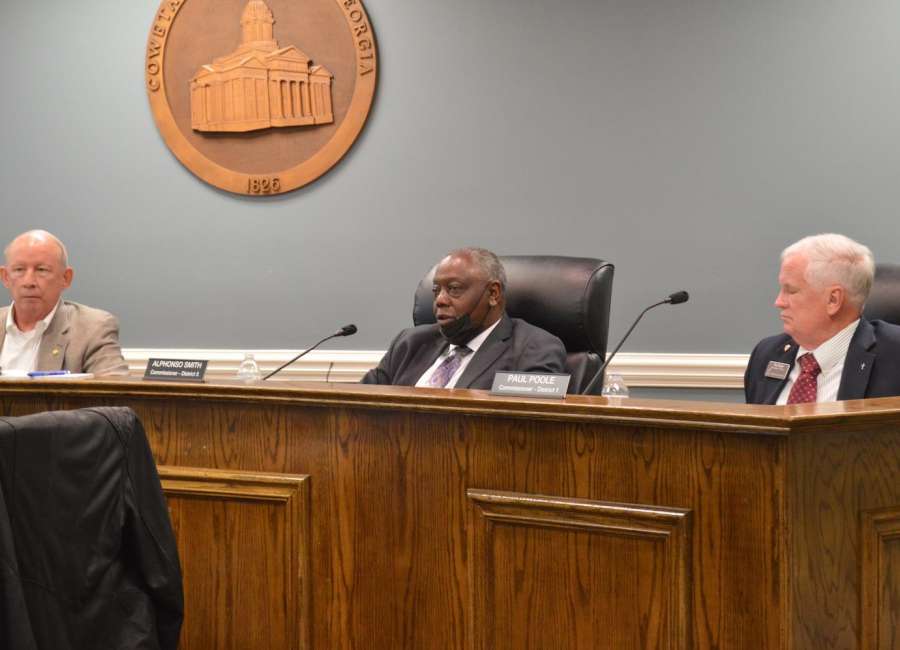 Residents without a telephone, Internet service ask the commissioners for answers

While a lack of high-speed internet access is not unusual for Cowetans who live in the more rural areas of the county, some Cowetans cannot even get reliable phone service.

Two Cowetans recently spoke to the Coweta County Council of Commissioners about their problems with not being able to get not only internet service but also landline service. Residents of Martin Girls Road and Hewlett South Road said they couldn’t even call 911 in an emergency.

Coweta County has been urged to use part of its American Rescue Plan Act funds for “last mile” broadband service, which would help customers in rural areas or those with long driveways who otherwise would have to. pay several thousand dollars to get the service. .

The county also has an agreement in principle with an Internet service provider that will solicit ARPA funds through the state for “last mile and long driveway connections” for a specific number of customers.

The lack of broadband in rural areas is a big problem. Hall County recently announced that it will partner with AT&T to apply for a $ 21.3 million grant to provide high-speed fiber-optic service to 13,000 people in the county, according to the Gainesville Times.

The proposed Hall County project would include a contribution of $ 12.76 million from AT&T and $ 6.62 million from the county.

As for Coweta’s proposal, Coweta County Administrator Michael Fouts said he received a draft deal with an ISP this week.

“This is a priority for the board and the staff,” he said. “We will work to have the deal finalized for review by the board in the coming weeks.”

No phone or way to call for help

D’Antoinette Atkinson lives in a new house on Martin Girl Road. She said she spoke to Charter who told her she could get service for $ 8,000.

She said her cell phone service was spotty and she wanted to get a landline. There is an AT&T box nearby, but all ports are in use and the company doesn’t want to upgrade.

“It leaves me without access to the public service. It’s a matter of security,” she said. A few weeks ago, she said her father tried to call her several times to let her know there was a manhunt in the area, but he couldn’t get through. “It’s dangerous,” she said.

Atkinson said she is an essential worker and works from home, but her job does not allow her to use satellite internet for security reasons.

“I am basically asking the county to help me do this because it hinders my right to work,” she said.

She said she had been trying to get service since before moving in.

“I’m here tonight to ask you to help us. I don’t want to wait until my daughter, myself or any of my elderly neighbors are found dead because we can’t get the help we need. because we can’t call anyone. ”

A great need in the community

Commissioner Al Smith asked at the meeting if the county has funds to help residents resolve this issue.

Fouts said the county has no program in place to help individual homeowners, but said the county receives similar requests once or twice a month. “We are trying to help,” he said.

“There is a much larger need in the community,” Fouts said. He said he spoke with Atkinson.

“We spend a tremendous amount of time on land and property, but our ultimate goal here is to help people, not necessarily things,” Smith said. “We have to make ways, we’re supposed to find a way to help someone.”

Commissioner Tim Lassetter said Fouts had been diligent in contacting Charter. He had a constituent who was told it would cost $ 20,000.

“Unfortunately, the number of suppliers is limited,” Lassetter said. And after a law change a few years ago, “we have less leverage, I guess you could say, with these providers.”

A Cowetan reported that Charter told them they would not be able to provide the service even if they paid thousands of dollars to have the lines run to their homes.

Lassetter said there are so many areas with the same problem in the county, and it’s frustrating not being able to help. With the request from ARPA, “maybe then we can have the flexibility to help individuals,” Lassetter said.

Smith said the staff have the ability to put a plan in place. “If there is a way… then that’s what the taxpayers put us in power for.”

“I want us to use all the power at our discretion to try to talk to Charter, find a way,” Smith said. “It is something that is necessary, and I dare say that it is deserved.

Commissioner Paul Poole said he was surprised Atkinson couldn’t even get a landline.

What can be done?

Jeaneane Camp, who lives on Hewlett South Road, also spoke up and said this is a much bigger problem than single-family homes. She and her husband renovated an old house that had a landline, but when they tried to turn on phone service, they were told no.

“We had a line, we had a connection and AT&T said, ‘We won’t be working on this, but we’re happy to provide you with the internet,’ Camp said. ‘I said,’ Fine, we’ll take the internet. . ”

But then the agent realized that they couldn’t provide the internet either, and said she could refer her to a satellite company.

Camp said she knew AT&T operated a fiber optic line that ran through their property several years ago. “They said, ‘No, I’m sorry we can’t do this,” she said.

“We are not looking for any phone service,” Camp said.

The AT&T box is at a nearby intersection and there appears to be a technician on duty several hours a week, she said.

“I believe it is a bigger problem,” she said. “I think what we are asking today is to commission a study” to see who has and does not have service and what it might look like to get service for everyone.

She would like to see a study to “really get to the bottom of what can be done here”.

Make an Internet archive for the ages