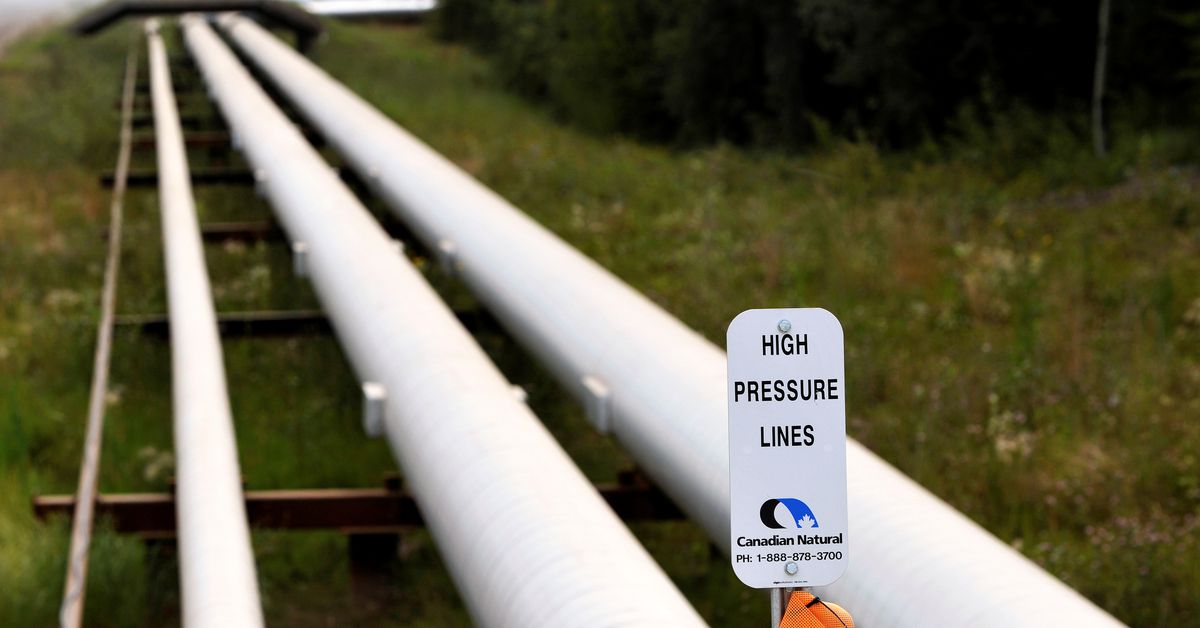 WINNIPEG, Manitoba, September 24 (Reuters) – Canada’s largest oil producer, Canadian Natural Resources (CNQ.TO) will demand that employees and contractors at Canadian sites be vaccinated by December 1, as the province Alberta is grappling with a deadly new wave of the COVID-19 pandemic.

Canadian Natural (CNRL), the first oil sands company to announce such a policy, made the move after the recent rise in infections in Alberta, spokesperson Julie Woo said. Alberta, home to the oil sands, has the highest rate of active cases among Canada’s 10 provinces, with 456 per 100,000 population, according to Canadian government data.

CNRL will make exceptions to the policy for workers with verified medical or religious reasons against vaccination, Woo said.

Previously, CNRL required unvaccinated oil sands workers to undergo daily testing, but this will no longer be an eligible alternative to vaccination starting in December, she said.

Many global energy companies have faced outbreaks of COVID-19 in the past year, as oil workers tend to work in tight spaces for weeks at a time. Read more

Currently, there are outbreaks at four CNRL oil sands sites, as well as facilities owned by Cenovus Energy (CVE.TO), MEG Energy (MEG.TO) and Suncor Energy (SU.TO), according to the ministry. of Alberta Health.

Suncor, Canada’s second-largest producer of crude, does not require mandatory vaccinations, but is expanding its policy of mandatory rapid COVID testing to most of its Suncor sites for unvaccinated workers, spokesperson Leithan Slade said. The move will begin with Canadian locations in October.

Reporting by Rod Nickel in Winnipeg; Editing by David Gregorio

What do low yields of chum mean for the sustenance of the Yukon River?