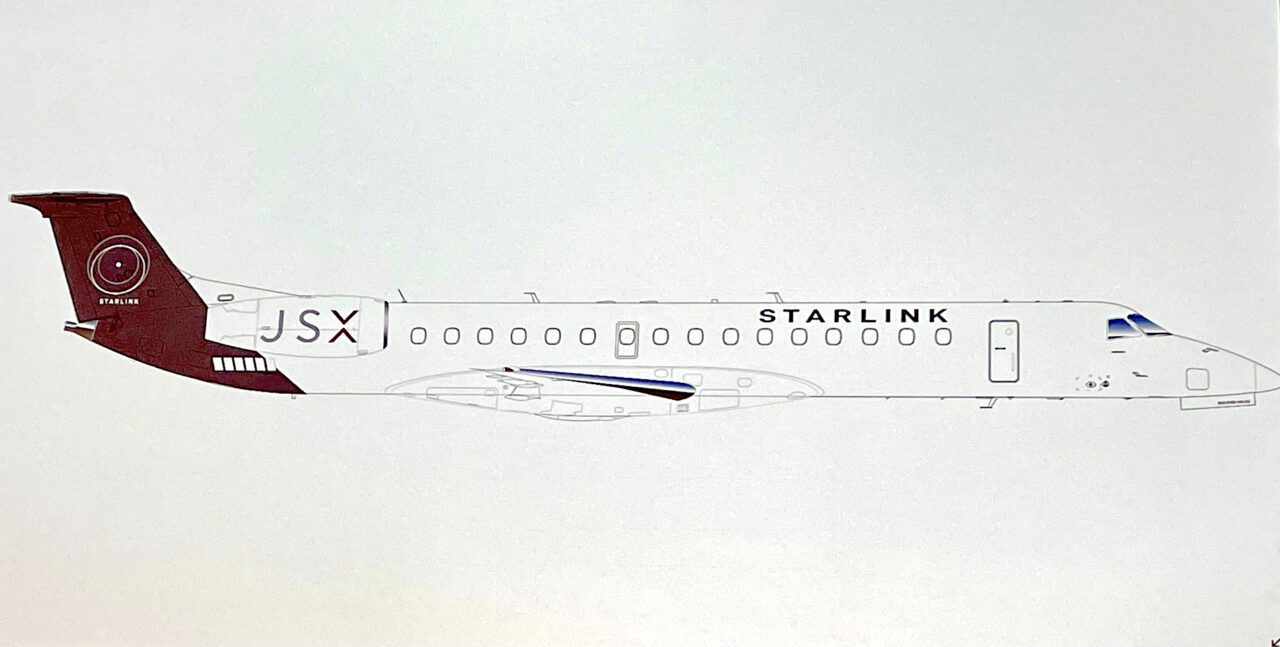 The California-based company was confirmed as Starlink IFC’s launch carrier in April, marking SpaceX’s first entry into the IFC commercial aviation market. During his participation in the FTE roundtable “In-flight Experience 2030”, Wilcox provided a timeline for the launch of the new service and an overview of how it will work.

“Probably the number one complaint we get from customers is the lack of Wi-Fi. We are the launch customer for the SpaceX Starlink Wi-Fi solution, which will be on all aircraft by the end of this year,” said Wilcox, adding that the first Starlink-equipped JSX flight is expected to take place by October.

Starlink is a constellation of Low Earth Orbit (LEO) satellites whose purpose is to enable broadband internet service in remote areas. SpaceX has launched more than 3,000 Starlink satellites for the constellation this year, according to a recent report by By satellitea sister publication of International Avionics.

JSX operates a fleet of 77 Embraer 135s and 145s in total, and currently has Starlink antennas, modems and wireless access points installed and tested on two of its aircraft. Wilcox described Starlink’s performance on these two aircraft as working “surprisingly well”.

The JSX co-founder said that even with the technology still in test mode, they were able to use it as an alternative to airport internet service. According to Wilcox, during a recent internet service outage at Hollywood Burbank Airport, JSX airline staff took a laptop computer aboard one of their Starlink-equipped aircraft and used it to check in passengers instead.

“That’s how good it is,” Wilcox said.

While JSX has already confirmed that it will offer the service for free to passengers, Wilcox has provided more information on how the Starlink IFC service will be operated and accessed.

Wilcox also revealed JSX’s plans for a new Starlink livery to be added to one of their aircraft later this year as well by sharing this image during the roundtable.

“It will be a lounge-to-lounge service, the second you get on the plane, all you have to do is click on the SSID and away you go,” he said. “There is no connection, no credit card, nothing, just turned on and open to everyone. It’s 200 Mbps to the plane and it’s great.”

When asked if JSX would consider adding in-flight entertainment (IFE) displays to its Embraer fleet, the airline’s CEO said he thought they were “firmly in the bring your own display camp.” and don’t see that investment happening anytime soon.

Hawaiian Airlines was confirmed as SpaceX’s first major commercial airline customer shortly after JSX became the airline’s launch customer in April. Hawaiian will also offer the service free to passengers and plans to begin equipping its planes with Starlink terminals next year.

SpaceX’s top Starlink executive, Jonathan Hofeller, said during his appearance at the Connected Aviation Intelligence Summit earlier this year that several other airline deals were also in the works.

Finland will update its national regulations on the Schengen Information System