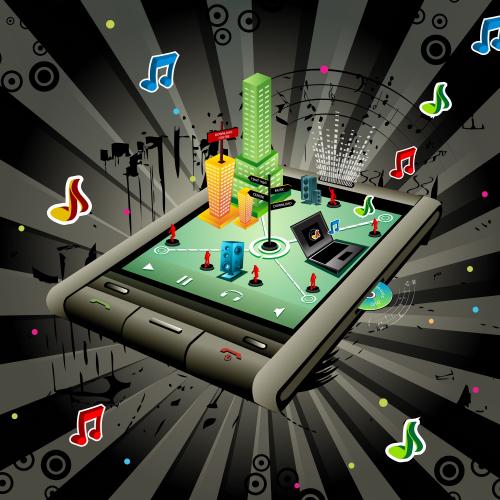 Internet platform providers rely on app developers to fill their app stores. Some platform vendors require app developers to use the platform’s integrated purchasing system as a condition for selling apps on the platform. Commission fees of up to 30% have also been imposed on digital goods or services sold in their stores. The temptation to use their enormous influence to gain additional economic advantage is understandable, but governments, let alone app developers, have an increasingly grim view of this behavior. A number of countries are considering legislating to prohibit such mandates by internet platform providers. A striking example is the Republic of Korea, where its legislature has just voted to adopt such a ban.

Unsurprisingly, fearful that this will become a global trend, major internet platform providers have lobbied against the Korean bill. What is surprising (at least for us international trade advocates) is that they claim that this type of legislation violates the national treatment rules of the General Agreement on Trade in Services (“GATS”) of the World Trade Organization (the â€œWTOâ€). . And, in the case of Korea, they claim that the bill violates the national treatment provisions of the Korea-US Free Trade Agreement (â€œKORUSâ€).

Article XVI of the GATS provides that in sectors where market access commitments are made, a member may not limit market access by imposing limits on the number of service suppliers or suppliers. service operations.

Korean law does not violate Article XVI of the GATS because it does not restrict market access but rather encourages it. It prohibits operators of the app market from forcing the use of their in-app purchasing system or unreasonably delaying the approval of a developer app for distribution through the operating system platform of the app. ‘operator. By prohibiting such behavior, the legislation encourages better access to the Korean market for US and non-Korean app developers, while app market operators continue to have full access to the Korean market. In addition, the legislation does not impose any limit on the number of service suppliers or service operations in Korea. On the contrary, the legislation promotes the access of a greater number of application developers and purchasing systems to the Korean market and does so without reducing or discouraging the number of application market operators entering the Korean market. .

National treatment of Article XVII of the GATS

Korean law clearly does not violate Article XVII of the GATS as it treats all operators in the application market, Korean and non-Korean, alike. It does not allow Korean app market operators to engage in behavior that it prohibits non-Korean app market operators. On the contrary, all operators in the market for “similar” applications are treated in exactly the same way. The same goes for the treatment of application developers and purchasing systems. The bill makes absolutely no distinction between Korean and non-Korean app developers and purchasing systems. The legislation, in fact, promotes the objectives of the GATS.

To the extent that app market operators are considered to be offering a digital product, the relevant article from KORUS would be Article 15.3. It provides that one party (in this case Korea) cannot accord less favorable treatment to the digital products of the other party (the United States) than it accords to its own. The chief US negotiator for KORUS said the two delegations recognized that the principles on Internet access and use support the common goal of the parties to maintain an open and competitive environment for business. related to electronic commerce.

As operators of the app market are considered to be offering a digital service, the relevant article of KORUS is Article 12.2 (1). It provides for national treatment in terms essentially identical to those of Article XVII of the GATS. For the same reasons that the legislation does not violate Article XVII of the GATS, it does not violate Article 12.2 (1) of KORUS: that is, the law does not make any distinction in the treatment of Korean and non-Korean application market operators.

Article 15.5 (2) of KORUS states: â€œThe Parties recognize the importance of cooperation between their respective national consumer protection agencies on activities related to cross-border e-commerce in order to improve the welfare of consumers. It is perfectly obvious that the legislation aims to protect consumer choice by preventing operators of the app market from forcing app developers to adopt only their purchasing systems, or by delaying the approval of their apps. they don’t adopt them.

Finally, Article 15.7 (d) of KORUS provides: â€œTo support the development and growth of electronic commerce, each Party recognizes that consumers in its territory should be able. . . benefit from competition between network providers, application and service providers, and content providers. The legislation directly advances this express goal of KORUS by promoting freer choice for developers of applications and purchasing systems, and reducing abusive practices by operators of the application market who may seek to exercise their market power to restrict competition.

Platform providers have raised allegations of national treatment violations of GATS and KORUS in an attempt to try to stop Korean law. We should probably expect more of this as other countries around the world take action on this issue. As lawyers specializing in international trade, however, we strongly doubt that the legislatures, governments or dispute settlement panels of the WTO and KORUS take such claims seriously. Legislatures that pass laws like Korea’s should assess them without fear of violating WTO rules.

Over 180,000 NC Households Get Help With Monthly Internet Bills