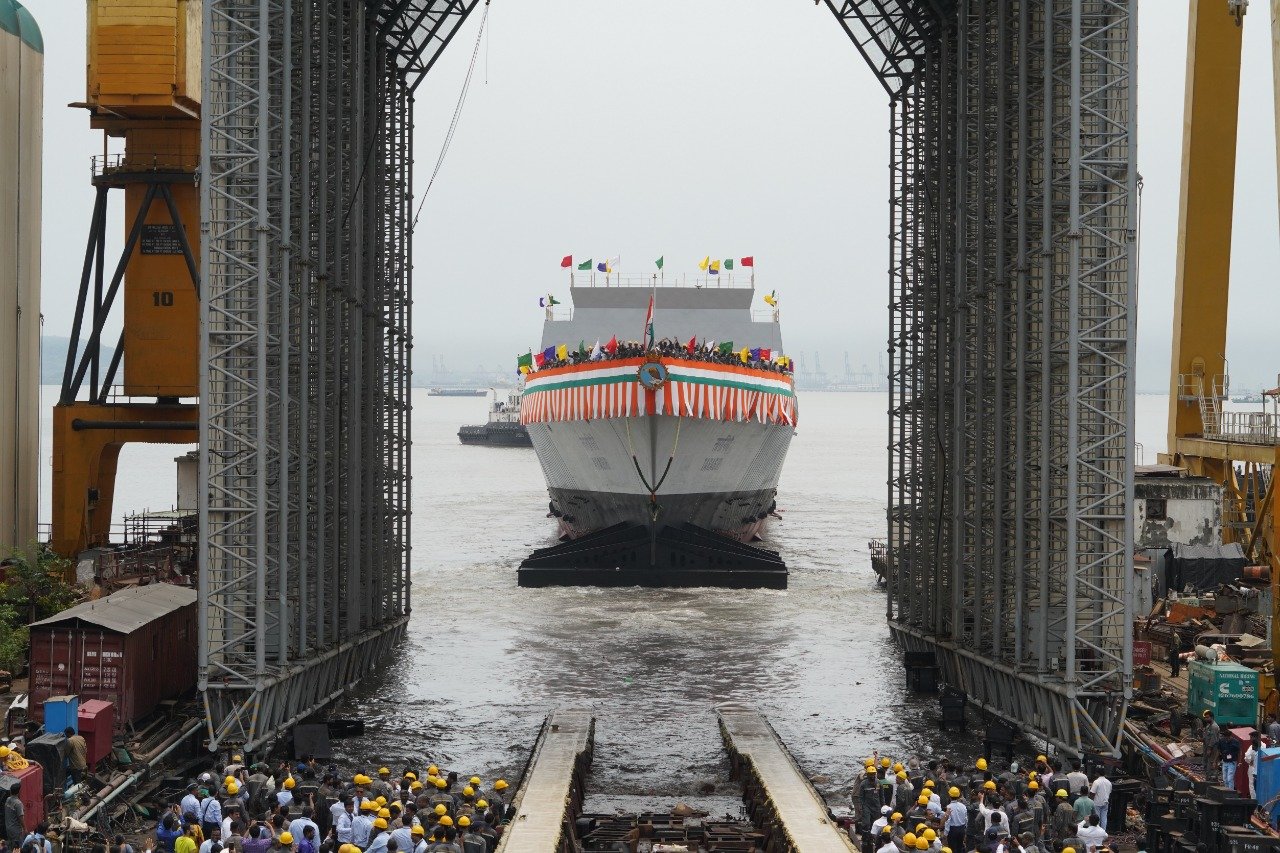 Following the Government of India’s declaration of state mourning on September 11, 2022 (in relation to the death of Her Majesty Queen Elizabeth II), the event was limited to a technical launch (the launch of ships at the MDL shipyard depends on the tide, any change in the schedule was not possible).

Seven P17A frigates are in various stages of construction at MDL and Garden Reach Shipbuilders & Engineers (GRSE). Taragiri which was launched today is the 5th frigate built by the GRSE. It is named after the mountain range in the state of Uttarakhand. The 4th ship of the class was launched by Garden Reach Shipbuilders and Engineers Limited (GRSE) in Kolkata in July this year. Mazagon Dock Shipbuilders Ltd (MDL) laid down the keel of the 7th and final ship end of June 2022.

This vessel was built using an integrated construction methodology which involves building hull blocks in different geographic locations and integrating/mounting on Slipway at MDL. Taragiri’s keel was laid on September 10, 2020 and the vessel is expected to be delivered by August 2025.

The locally-designed “Taragiri” will have state-of-the-art weapons, sensors, an advanced action information system, an integrated platform management system, living spaces world-class modules, a sophisticated power distribution system and a host of other advanced features. It will be equipped with a supersonic surface-to-surface missile system.

About Project 17A / Nilgiri Class Frigate

The Nilgiri or Project 17A class frigate is a sequel to the Project 17 Shivalik class frigate for the Indian Navy. The frigates are built with extensive use of low-observability technologies, including new radar-absorbing coatings, composite materials, and “faceted” shaped superstructures.

Main characteristics of the frigates of the 17A project