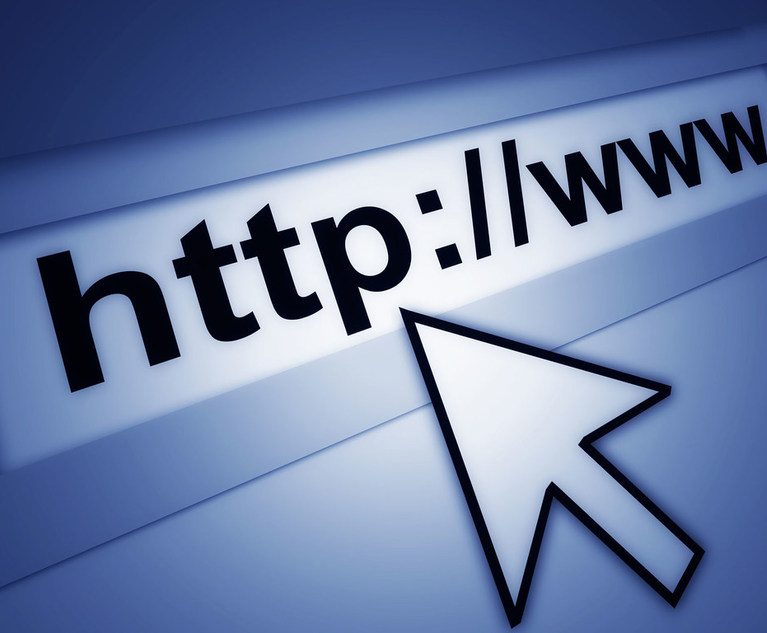 Hyperlinks are not attachments, forensic findings

Imagine, if you will, it is 1996 and you are a new lawyer. It’s Friday night and you have tickets to go see The English patient, which you don’t really want to see, but your friend says it’s amazing and insists you go. But you may have to miss it because you have taken on the Herculean task of reviewing the then massive production of 10-box-of-paper documents you just received from your opponent. Knowing how important it is for you to understand the contents of the production as early as possible, you crank up the volume on your CD player and dive into the production.

This is a typical production of documents â€” reports, presentations, memos and letters â€” some with attachments as indicated on the documents themselves, as is the style. A memo refers to some numbers on “the chart handed out at our last meeting.” The memo, however, does not indicate that the graphic was attached, and it was not included with the memo in production. You hit pause on your CD and stop to think. Maybe the graphic was also produced, but is it in another box? But if it was relevant to the memo, should it have been produced with it, as an attachment, even though it was not originally physically attached to the original memo?

Now, step forward to today, 25 years later, and consider a 2021 version of this assumption: A responsive email is produced that contains hyperlinks to other documents, but those documents were not produced. as attachments to the email. Should hyperlinks, especially those to documents in an internal file system, be considered attachments? Should documents that hyperlinks lead to need to be produced as email attachments, even though they may already be elsewhere in production? In a recent decision, a judge who is increasingly known for her thought-provoking eDiscovery decisions clearly answered these questions: no.

In the class action Nichols vs. Noom, 2021 WL 948646 (SDNY March 11, 2021), regarding an alleged illegal automatic enrollment program for weight loss services by the defendant, Noom, a notable discovery dispute has arisen as to whether hyperlinks are considered exhibits attached.

When negotiating an ESI protocol, the parties disagreed on a key aspect of how Noom would collect documents from its Google Workspace systems such as Gmail and Google Drive. While the complainants agreed to Noom using Google Vault’s archiving and eDiscovery service to collect documents from their Google Drive file storage service, the complainants wanted Noom to use a different tool to collect from. from Gmail. “One of the main concerns of the complainants was that a Google Vault collection would not retrieve documents referenced in emails by a hyperlink.” Identifier. at 2 hours.

The court, after hearing from experts on both sides and taking into account the costs and delays associated with using the plaintiffs’ preferred tool, concluded that Noom could use Google Vault to collect emails, “finding this reasonable method and relying on the principle that a producer party is in the best position to determine its own research and collection methods as long as they are reasonable. Identifier. Further, “in order to address the plaintiffs’ concern that they were not able to identify the Google Drive documents in production linked to a particular hyperlink, the court ordered that if there were particular key documents containing hyperlinks where the hypertext documents could not be located in the production, the plaintiffs could raise this issue with the court. At a subsequent conference, the court ruled that if there were certain documents discovered in the production containing hyperlinks for which the corresponding hyperlinked document could not be located or identified, the plaintiffs could raise the issue with Noom and Noom would be required to provide the document or Bates number. “Identifier. To 3.

Here, arguing that “neither the Court nor the parties appreciated that there would be thousands of Noom documents containing hyperlinks to other internal Noom documents at the time of the Court’s initial decision on this matter”, the complainants requested clarification or reconsideration of these orders. . Identifier.

The Court’s analysis: a hyperlink is not an attachment

The tribunal began its discussion by noting that â€œ[t]The issues raised by complainants raise complex questions about what constitutes reasonable research and collection methods in 2021 – when old forms of communication via emails and documents with attachments and footnotes or ending are replaced with emails and documents containing hyperlinks to other documents, video, audio, or image files. It also highlights the changing nature of how documents are stored and should be collected. Â»Identifier. at 2 hours.

Finding itself guided by the “proportionality issues set out in Rule 26 (b) (1) and the mandate of Rule 1 to ensure the fair, expeditious and inexpensive determination of that action”, the court also noted that if ” rule 34 requires a party to produce documents in a â€œreasonably usable formâ€,â€¦ collection and review should be limited to relevant, unduplicated information. Identifier. to 3.

With an analysis that recalls the traditional distinction between â€œattachmentsâ€ and â€œattachmentsâ€ to paper notes and letters, the tribunal concluded that it disagreed with the complainants that a hypertext document is a attachment to an email, writing:

While the Court appreciates that hyperlinked internal documents may resemble attachments, this is not necessarily the case. When a person creates a document or email with attachments, the person provides the attachment as a necessary part of the communication. When someone creates a document or email with a hyperlink, the linked document / information may or may not be necessary for communication. For example, a legal memorandum may contain hyperlinks to cases cited therein. The Court does not consider hyperlinked cases to be attachments. A document can also contain a hyperlink to another part of the same document. It is not an attachment either. A document can have a hyperlink shortcut to a SharePoint folder. The entire file would not be an attachment. These are only examples. An email may contain hyperlinks to a phone number, a tracking site to track a shipment / shipment, a [F]acebook page, terms of use document, disclaimer, etc. The list goes on and on. Many of these underlying hypertext documents may be unimportant for communication.

The court found other issues related to proportionality and rule 1, in particular the cost and delay involved in a new document collection, especially when many hypertext documents are said to be in the Google Drive document collection already. examined by the complainants. As the court noted, the plaintiffs were only speculating on the number of hypertext documents that might be relevant; they did not “explain why a memory of hypertext documents, many of which may have no real value in the case and are redundant to documents already collected, is proportional to the needs of this case.” Identifier. Notably, the court also rejected the plaintiffs’ argument that Noom used its information governance practices as a shield against discovery, stating that the defendant was cooperating by researching and producing from Google Drive, that “[w]What it opposes is collecting them via direct collection and collecting via hyperlinks which would dramatically increase redundancies in the collection, increase costs, and delay discovery. Identifier. at 5.

Finding that hyperlinks are not attachments and that the process it previously established regarding hyperlinks was appropriate, the court dismissed the plaintiffs’ request. Identifier. at 4 o’clock.

Complainants here, however, may have approached the ESI protocol differently if they had known how much Noom used hyperlinks. Recognizing “the inherent tension between the value and effectiveness of creating an ESI protocol up front that addresses all potentially foreseeable problems on the one hand, and an ongoing discovery in a case on the other” , the court found that the existing protocol as well as the hyperlink request procedure â€œstrikes an appropriate balance according to the needs of this caseâ€. Identifier. at 5.

Even before this decision, trial judge Katharine Parker had already had an impact on e-discovery jurisprudence with her decisions in Winfield v. New York City, 2017 WL 5664852 (SDNY 2017), on the use of the technology-assisted examination, and in Pearlstein v. BlackBerry, 2019 WL 1259382 (SDNY 2019), on lien and waiver. Here, in another well-reasoned and thoughtful decision, Judge Parker addresses yet another modern discovery challenge.

In our 1996 assumption, it seems unlikely that the producing party would be required to revert to the original set of documents and reproduce the document mentioned in the note along with the note itself. In the substantially analogous situation of electronic discovery 25 years later in Nichols vs. Noom, Parker J.A. referred both to Noom’s reasonable information management practices and, citing the well-established notion that a producing party is in the best position to determine its own search and examination procedures as that these procedures are reasonable, to its ESI collection procedures to determine that no recollection and mass reproduction of hypertext material has been indicated. And in deciding that a hyperlink is not an attachment, Justice Parker applied common sense to a sensitive subject, ultimately concluding that if a document is not attached, it is not an attachment.