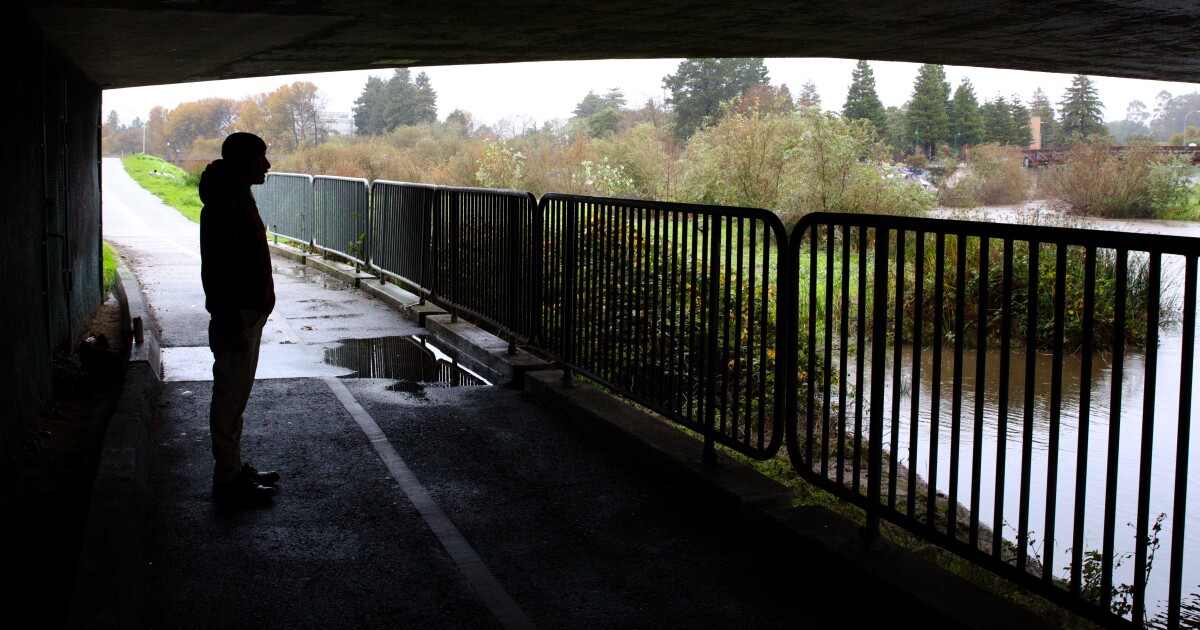 At 5 a.m. Monday, about 100 people will spread out across the 607 square miles of Santa Cruz County, seeking to count everyone living in shelters, in their cars, in campsites by the San Lorenzo River and in all ravines and hidden places. living on the margins of our society will rest.

Essentially, everyone involved – directly or on the periphery – recognizes that this “point in time” count is an imperfect tool for producing an accurate number on this county’s homelessness problem. The weather can play a part, and it’s hard to find people in the nooks and crannies that shelter them. Even without these challenges, the census is only a snapshot and the actual number of homeless people varies by day, month and season.

Counting is one of the first steps to understanding the homeless population, and it – together with a thorough survey within one to two weeks – will provide a deeper understanding.

As volunteers roll out tomorrow, they will do so with double digits in mind of who will put homelessness strategies in place.

The last count of the PIT, in 2019, reported a total of 2,167 people. That three-year count — the usual tally every two years in 2021 has been postponed by the pandemic — contrasts with the county’s tally of 5,899 people who have touched the homeless management information system over the past six first months of 2021.

As the five-hour count rolls into the morning, Lookout correspondents will accompany them, filing dispatches from the county’s diverse geography. Unlike 2019, there is no rain in the forecast. The new total count will not be made public by HUD until later this spring.

Our Monday coverage expands on our work from earlier this month outlining both the goals and pitfalls of the PIT count and why Santa Cruz County stubbornly remains a homelessness capital.

Who matters and why? The short answer: Federal funding — distributed through the US Department of Housing and Urban Development — is largely performance-based. However, the county cannot, at this stage, allocate specific amounts linked to the figure.

County pays Watsonville Applied survey research to plan and carry out the count as well as a more in-depth survey one to two weeks after the count. The cost this year is $75,000.

Brent Adams, who raced warming center program for the past nine years, the county’s sole purpose is “to get the pennies they get from the federal government, but that means nothing to us as a community.”

However, for Robert Ratner, county director of the new Housing For Health division, this is an oversimplification. The tally, backed by the survey that quickly follows, are two tools that help government groups, nonprofits, and other advocates understand the need and work better together. In fact, it’s big enough that he wants to do it annually rather than every two years, if he can find the funds.

John Connery has worked as a project manager on point counts in the Bay Area since arriving Applied survey research in 2013. This is the 11th count conducted in Santa Cruz County by ASR, dating back to 2005.

Connery has lined up about 100 counters — at least 50 of whom are volunteers and the rest from city, county and nonprofit agencies — who will work alongside ASR’s five-person team.

The pandemic, he says, has made it harder to sign up volunteers. Connery relied on local homelessness advocates, as well as city and county officials, to round out this year’s numbers and ensure there would be enough people to do the count.

“It’s one of those things where we’ll never have as many people as we’d like…we can do the count with the number of people we have,” he said. “I know for sure that we have 35 teams ready to go.”

This year, each team is made up of at least two people, and sometimes three, respecting COVID-19 safety protocols.

The count usually starts around 5 a.m. and usually takes between two and five hours, depending on the number of volunteers. HUD guidance recommends this timeframe, believing that the early morning hours will find most people still asleep and not moving. In 2019, the count concerned around a hundred employees and volunteers – i.e. around sixty teams – and lasted from 4:30 a.m. to 10 a.m.

Within one to two weeks of the count, paid and trained ASR staff members and county officials will conduct a thorough survey of a randomly selected number of temporarily sheltered and unsheltered individuals. The survey provides the county and HUD with experiences of homelessness. ASR will interview 400 to 500 people.

Ratner, who spent 14 years in a similar homelessness position with Alameda County before taking over as head of the county’s Housing for Health division in November 2020, says that’s more than the number he he is looking to win from Monday’s count.

“We’re definitely trying to understand how people are losing their homes…we need to understand what’s happened in our community causing a loss of stability,” he said.

This year’s counters will use new tools. They include a smartphone counting app and digital mapping tools. The objective: better precision and improved security conditions for counters and people without accommodation, in particular with the maintenance of precautions around COVID-19.

Monterey County officials used a system similar to that planned for Santa Cruz for its own count last month. Roxanne Wilson, who runs Monterey County’s Continuum of Care program through a nonprofit called Coalition of Homeless Service Providerssaid it was a huge improvement over previous years.

“For the past two years, we have used this same app to track where people are, to know when we have identified encampments. And now we use that same app to do the PIT,” she said. “It was always something interesting for us, because we felt like the numbers would turn faster.”

The app for the Santa Cruz count – which ASR’s Connery said he would use the same app, which includes training videos, maps and locations of high-traffic areas for the area’s homeless population .

“It also offers a lot of benefits in terms of being able to add data faster,” he said.

Monterey County believes it has now counted its population more accurately, balancing its own PIT count with numbers captured by its own ongoing systems, Wilson says.

With this year’s tally, Wilson expects to add at least 1,000 more people to Monterey’s findings in 2019 – 2,422 people – and can use that more realistic number to deliver help where and when it’s most needed. necessary. By reaching a more precise number, Wilson said, it could lead to more federal funding that can make more of a difference for the homeless.

Using the same app in Santa Cruz used by Wilson and Monterey County, Ratner thinks this year’s results could further demonstrate local need, while recognizing that all county and city programs need to work together to obtain more relevant information on homeless people.

“The intention is to walk this whole geographic region, but there will be limitations like there are just places where there is not enough time and not enough volunteers to really get the full picture,” said he declared.

What the Lookout team will do

For Monday’s count, Lookout will provide on-the-ground coverage from various locations around the county. Watch for up-to-the-minute updates from our correspondents’ social media accounts and a recap of what happened at the end of the day.

We will provide updates on how the count is being done, what the encampments look like in different parts of the county, and what homeless people and volunteers are getting out of the count. Our goal is to provide you with information on what is happening during this count and to give you further guidance on what we can expect from the results when they are released in the coming months.