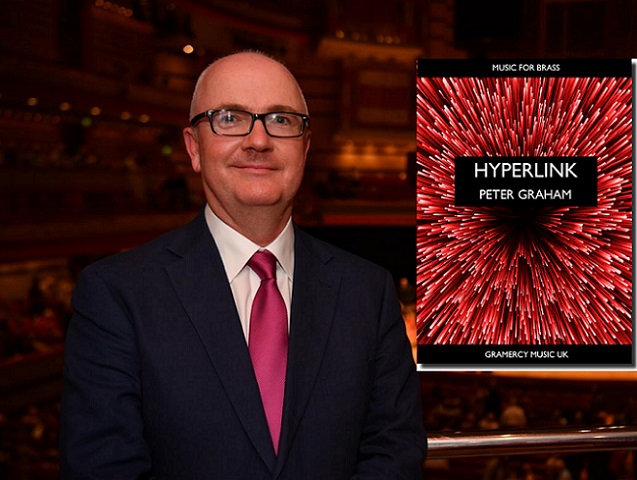 The world premiere of Peter Graham’s test piece “Hyperlink” can now be enjoyed.

The world premiere of Peter Graham’s ‘Hyperlink’, which will be the setting for the National Championships Section Final at the Royal Albert Hall on October 15, was broadcast by Britain’s National Youth Brass Band.

It was recorded at their memorable 70th anniversary concert at the Royal College of Music in London in August, conducted by Martyn Brabbins and Anna Beresford.

The work was commissioned by the organization and funded by Arts Council England and the Department for Education.

It not only celebrates the 70th anniversary of the National Youth Band and those who shaped its development, but also marks the celebrations surrounding the Royal Albert Hall, composers Ralph Vaughan Williams and Ralph Steadman Allen and the Platinum Jubilee of Elizabeth II.

The recording also includes all the performances of the evening – including major compositions by Eric Ball (“Resurgam”), John Ireland (“Comedy”) and John Pickard (“Men of Stone”) and the exceptional talents of the guest artist, soprano singer Nardus Williams in ‘Chants d’Auvergne’.

To enjoy it, go to: https://www.youtube.com/playlist?list=PLumM7M-vniAIubW3yXoS83BIjqyAXKOCO

Dear Internet, please remove this article on the Streisand effect