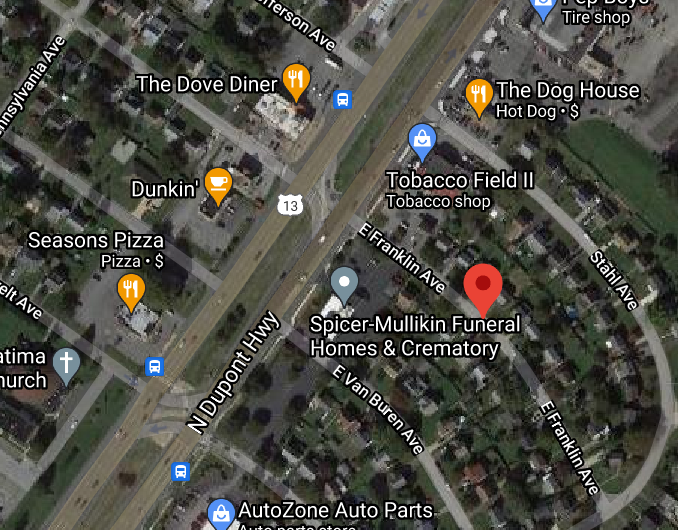 On Sunday January 2, 2021, at approximately 3:03 p.m., a 2010 Chevrolet Malibu was traveling northbound on Route 13 as it approached the intersection with East Franklin Avenue. The Malibu entered the right shoulder with the intention of turning right onto East Franklin Avenue. At this time, a 2004 Toyota Corolla was in the left turn lane of Highway 13 southbound and made a left turn on all northbound lanes, attempting to turn onto East Franklin Avenue eastbound. The Corolla entered directly into Malibu’s path, and subsequently the front of the Malibu struck the passenger side of the Corolla. The force of the impact forced the two vehicles to head northeast where they eventually came to a stop.

The 28-year-old driver of the Malibu was taken by ambulance to Christiana Hospital where she was treated and released.

The 47-year-old Corolla operator was not wearing a seat belt and was taken by ambulance to Christiana Hospital where he was admitted with serious but not life-threatening injuries.

The 40-year-old Corolla left rear seat passenger was not wearing a seat belt and was airlifted by Delaware State Police Aviation to Christiana Hospital with serious injuries putting his life in danger. The victim succumbed to his injuries hours later and was pronounced dead in hospital. The identification of the victim is pending notification to the next of kin.

There were two additional passengers in the Corolla who were taken to Christiana Hospital for non-life threatening injuries.

The investigation remains ongoing. Anyone with information regarding this collision should contact Master Corporal Breen of the Delaware State Police Troop 2 Collision Reconstruction Unit by calling 302-365-8486. Information may also be provided by calling Delaware Crime Stoppers at 1-800-TIP-3333 or via the Internet at http://www.delaware.crimestoppers.com .

If you or someone you know are a victim or witness to a crime or have lost a loved one to sudden death and need help, the Police Victim Services Unit State of Delaware / Delaware Victim Support Center is available to provide support and resources to you 24 hours a day through a toll-free 1-800-VICTIME-1 hotline. (1-800-842-8461). You can also email the Unit Manager at [email protected]

You can track the Delaware State Police by clicking on:

Please tell us how we are doing through our Citizen Satisfaction Survey.