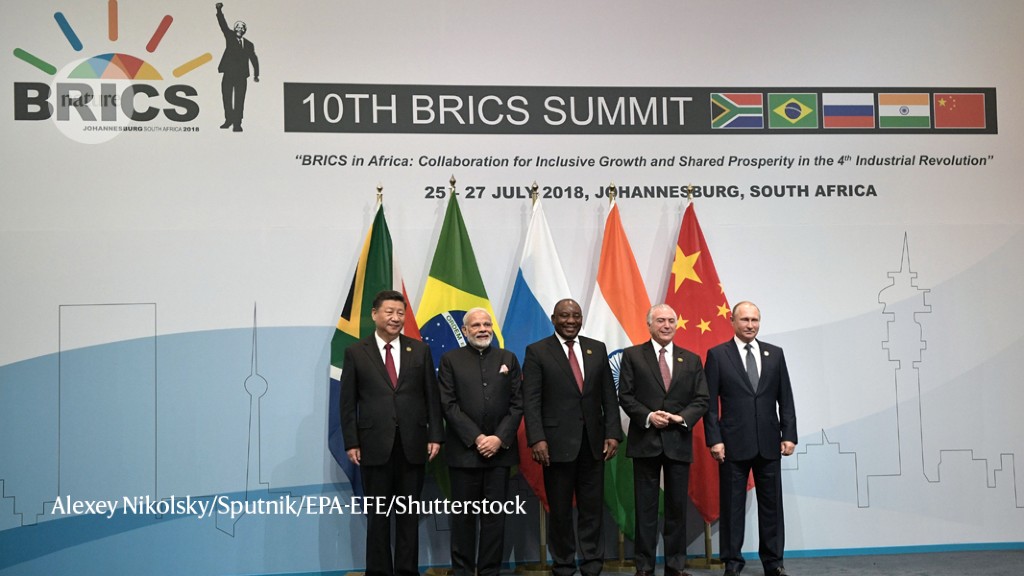 It’s been 20 years since economist Jim O’Neil coined the term BRIC to describe Brazil, Russia, India and China. O’Neill, who led economic research at investment bank Goldman Sachs, wrote in an internal policy document that the four countries are growing faster than the group of major G7 economies (see go.nature.com / 3pgtqsd). Global political clubs such as the G7 are generally dominated by the United States and Europe. They should invite representatives from the BRIC, advised O’Neill. The balance of global economic power was tilting and the major institutions of global governance had to take this into account, he argued.

In a sense, O’Neill’s predictions were not new. Since at least the 1950s, economists, including Walt Whitman Rostow of the Massachusetts Institute of Technology in Cambridge, anticipated that China and India would become economic powers, as in pre-industrial times. But what happened next was unprecedented. As a result of O’Neill’s analysis, the leaders of the four countries created an intergovernmental organization designed to strengthen ties between nations, with an emphasis on strengthening research cooperation. They named it BRICS (South Africa joined in 2010).

This year has been a busy one on the BRICS research calendar. India, which holds the rotating presidency, has hosted more than 100 events. These included meetings of astronomers and researchers in the field of energy and health, as well as researchers and medical practitioners.

The year also saw meetings between agriculture, health and space officials from the BRICS. Last week, BRICS science ministers ended talks in New Delhi with a plan to connect young innovators and start-ups from the five countries, and create a center to facilitate technology transfer. This is in addition to the 13 BRICS scientific working groups that collaborate in areas such as polar and ocean technology, astronomy, climate and energy, photonics and biotechnology. There is also a BRICS-wide network of over 50 universities.

These collaborations all aim to create knowledge and innovate in areas where an individual country may struggle to act on its own, share data and recognize that each country brings different strengths. The astronomical working group, for example, is studying the feasibility of having a network of ground telescopes in each country. BRICS space agencies plan to share remote sensing data on climate and natural disasters. A group working on climate and energy brings together Brazil’s expertise in Amazonian weather and climate with Chinese researchers in photovoltaic energy systems. Achieving the United Nations Sustainable Development Goals is a recurring theme in BRICS scientific cooperation.

However, there is a noticeable gap. The BRICS countries account for almost half of the tuberculosis (TB) cases in the world and the largest number of multidrug-resistant tuberculosis cases in the world. Intra-BRICS tuberculosis research would be an obvious priority, except that it is not. There is a BRICS Tuberculosis Research Network, and in August it announced a pioneering genomic surveillance network to study the intersection of tuberculosis and COVID-19. But this is an area where funding and collaboration could be at much higher levels.

There is a more important omission which also needs to be corrected. O’Neill’s call in 2001 to include the BRICS countries at the front tables of policymakers has largely gone unheeded. For a short time, it looked like the G20 group of the world’s largest economies (which includes the BRICS countries) would work together on global challenges, such as ending the pandemic. But that did not happen. And it did not go unnoticed.

In an article for this year’s BRICS meetings, researchers Sachin Chaturvedi and Sabyasachi Saha of the Research and Information System for Developing Countries think tank in New Delhi, argue that organizations such as the UN have been unable to defend the interests of the poorest nations and those with the least power. The inability to rapidly deliver vaccines to LMICs is a case in point. It is no coincidence that India and South Africa are leading an alliance of more than 100 countries demanding the lifting of intellectual property protections during the pandemic so that drugs and vaccines can reach LMICs faster. .

Likewise, China and India have come together to warn at the November COP26 climate meeting in Glasgow, UK, that future decarbonization commitments cannot be made at the expense of refusing governments. fossil fuels to communities without access to electricity. Clearly, LMICs lose faith in the UN-led global governance system because, as they see it, high-income countries reject their ideas or ignore their views. And that should concern us all.

It is essential that LMICs work together towards common goals and collaborate to build their research infrastructure. But at the same time, it’s crucial that existing global cooperation forums – such as the G7, the World Trade Organization, and the World Health Organization – view the BRICS countries and all other LMICs as equals.

If there was an award for policy analysis that had a world-changing influence, O’Neill’s article would be the standout. But the real test of his success is whether the existing powers will heed O’Neill’s advice. For global governance to be credible, those who control the levers of power must learn to see LMICs as partners and not as recipients of aid.