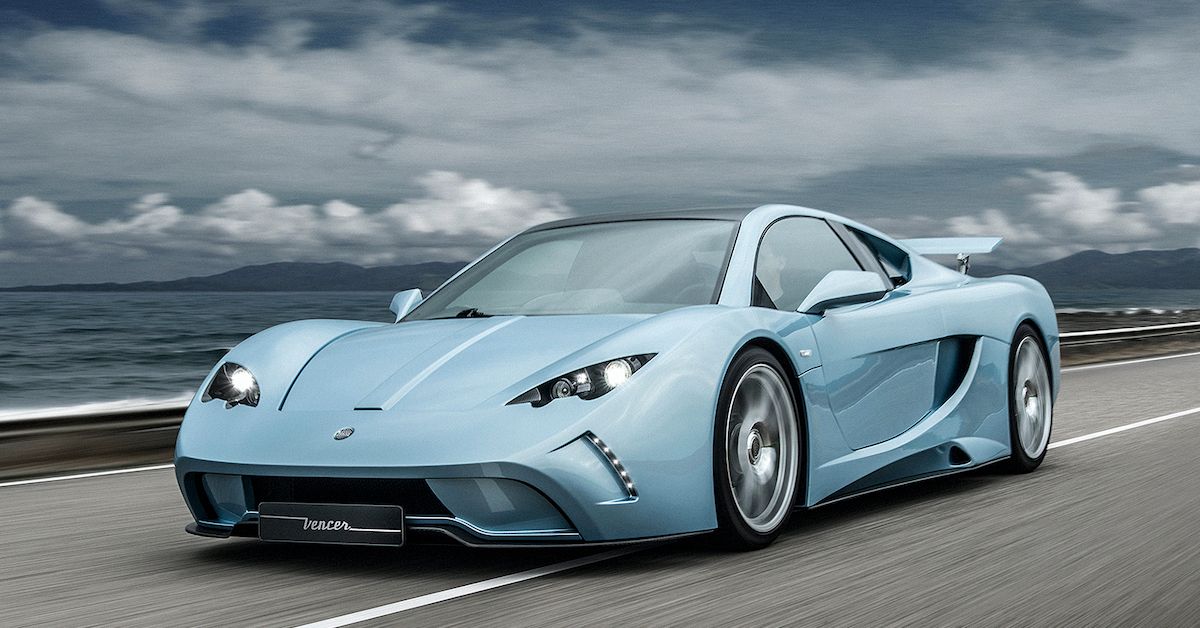 Vencer, a Dutch supercar startup, was founded in 2010, but its first product, the Sarthe, was unveiled four years later. We discovered Vencer and its Sarthe for the first time in 2012. The company then had only a few computer graphics and the promise of production in the not so distant future. Vencer then unveiled a pre-production prototype and began taking orders at Top Marques Monaco 2013.

In 2015, the Sarthe was revealed in production version, after a period of extensive testing and validation. The exterior has been refined, there’s more tech in the cabin and there’s an all-new engine. The Sarthe, named after the French circuit that hosts the 24 Hours of Le Mans, was designed as a car with real character and an analog feel. By following this path, the designers claim to have created a distinct, light and pure driver’s car with a clear focus on road use.

Related: Everything You Need To Know About Dutch Sports Car Makers Donkervoort

A jaw-dropping marvel of a supercar: Vencer Sarthe preview

Walking in the footsteps of Savage Rival GTS and the Spyker C12 Zagato is another supercar proudly sporting the colors of the Oranjes. Vencer began by creating a niche and an all-new sports car. Internally, this top secret project has been dubbed “#1”. Upon completion of the project, the car was given its final model name, “Sarthe”.

Vencer Sarthe, an exclusive 2-seater sports car hand-built by folks from Vencer who apparently wanted to break into the European country’s growing supercar market, is the name of this new piece of four-wheeled exoticism. The Hybrid Space Frame chassis is made of high-grade tubular steel and includes a chrome-molybdenum safety structure and rear subframe. The Sarthe floor consists of an aluminum honeycomb structure. This combination of materials and techniques results in a lightweight, super strong and stiff chassis.

The body panels are made of lightweight carbon for reduced overall weight and maximum safety. The molds used for these parts are precision CNC manufactured to ensure the best possible surface quality and accurate measurements. The 8-cylinder engine is mounted behind the driver in a mid-engine configuration. The engine is directly bolted to the 6-speed gearbox. Due to this configuration, the car has a very balanced weight distribution of 45% front and 55% rear.

The “double wishbone” design, which includes shock absorbers, suspension and anti-roll bar, provides pure, direct control of the vehicle without the use of additional electronic interference. Only ABS and EBD are available to help the driver in difficult and dangerous situations. All necessary information will be displayed on the large LCD screen when you are seated in the leather sports seats. This screen is perfectly centered in the beautifully designed dashboard. La Sarthe has an efficient air conditioning system to ensure a comfortable and optimal driving experience. Power windows, in-car entertainment, central locking and an alarm are all standard features. Additional features can be added to the car at the request of the customer.

The Vencer Sarthe powertrain is an engineering marvel

Previously equipped with a V-8 from General Motors Company, Vencer went back to the drawing board and created an all-new engine. The new engine, designed specifically for the Sarthe, is a supercharged 6.3-liter V8 developing 622 horsepower and 618 lb-ft of torque. The engine is mounted low in the chassis to ensure a low center of gravity, and it’s mated to a standard six-speed manual transmission that sends power to the rear wheels via a limited-slip differential. Vencer claims a 0-62mph time of around 3.6 seconds for the Sarthe, with a top speed of over 210mph.

As stated earlier, the chassis is a lightweight CrMo design with a honeycomb structure for added strength. The body is made entirely of carbon fiber, which further reduces weight. Curb weight is just over 3,000 pounds, with a 45/55 front-to-rear weight distribution. As for the suspension, it is made up of double wishbones front and rear.

However, the design was inspired by 1980s Le Mans era racing cars. As a result, the low, purposeful and elegant appearance was achieved, with a truncated front section leading into a long ‘Kamm’ tail aerodynamically shaped. The car also has a C-pillar design that allows air to flow, an active rear spoiler and a new engine cover with large air channels to provide better airflow and cooling. of the new engine.

The majority of the structure is carbon fiber inside. A two-tone leather interior with Alcantara inserts is standard and virtually unlimited color combinations are available. Vencer designed the interface, dubbed the Central Information System, which relies on a large screen mounted in the center of the dash rather than a traditional dashboard, and most input is done using buttons located under the screen.

Hi, my name is Wyse and I have been producing stellar automotive items for over three years. HotCars my domain and I am looking to claim a major claim. Ciao!