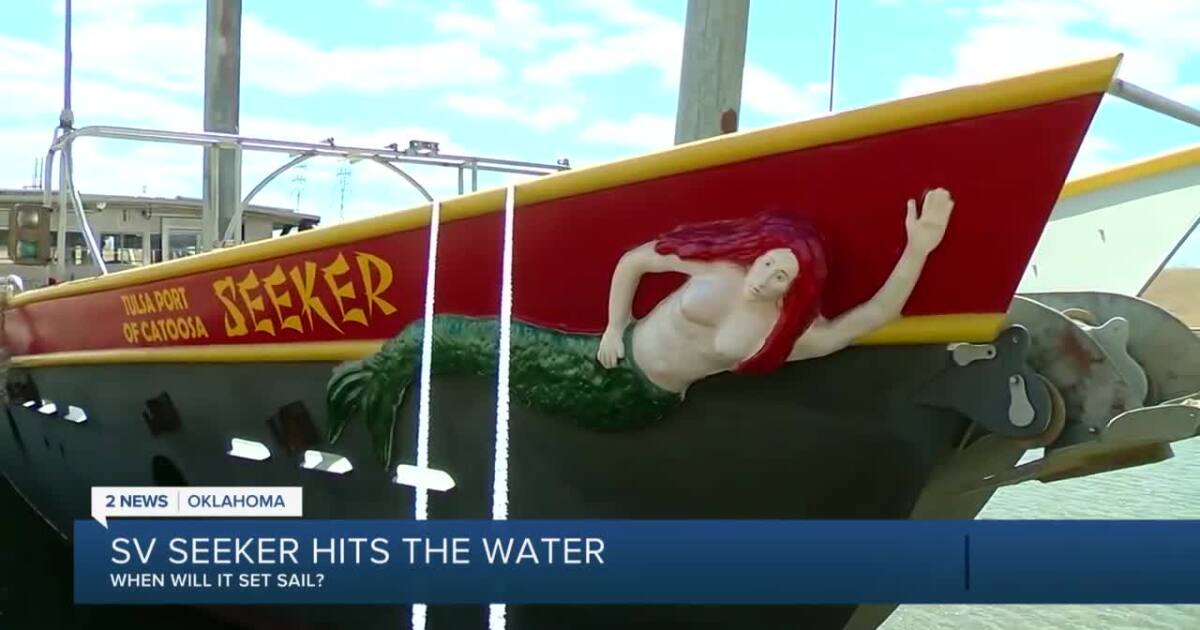 MUSKOGEE, Okla. – 2 News Oklahoma received an update from the creator of the SV Seeker Thursday afternoon. It is also known as “The Boat the Internet Built”. It is currently moored at Port Three Forks in Muskogee.

Jackson told 2 News that the project doesn’t have a timeline for when it will be finished. He spent Thursday working to install wifi on the boat. Next week he plans to make improvements to the transmission.

The boat was originally launched at the port of catoosa. However, Jackson recently took her downriver to Three Forks Harbor to give her a more permanent place to dock.

During this trip he got some insight into how the boat works and where he needs to make adjustments.

“Now that we know how it reacts, we are modifying the transmission. So we’ll have a little more speed and a lot less heat,” Jackson said.

Right now the boat is running on a school bus engine but it is overheating. So, like he did in the past, he asked the internet how to fix it. He says a race car driver gave him some advice on how to fix it and now he’s waiting for a part to be shipped.

Once this part arrives and is installed, he plans to test the boat in a few weeks.

Stay connected with us anytime, anywhere —