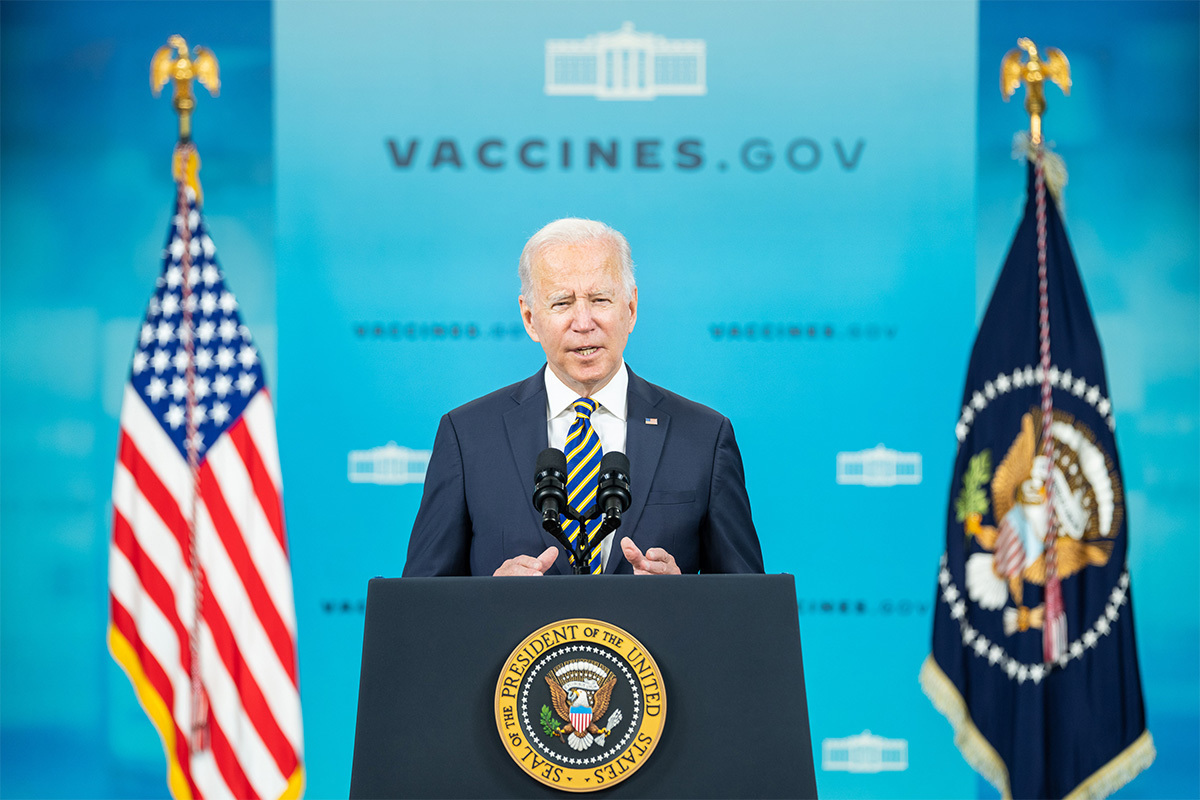 Some conservative groups are concerned about the Biden administration’s reported tracking of federal employees who have sought religious exemptions for COVID-19 vaccinations.

The Heritage Foundation published a report last week, which found that at least 19 federal agencies had created or proposed a tracking list of religious objectors to the COVID-19 vaccine.

Sarah Parshall Perry and GianCarlo Canaparo, lawyers at Heritage’s Edwin Meese III Center for Legal and Forensic Studies, wrote in the report that, based on searches of the Federal Register, there were “at least 19 federal agencies in total—including five cabinet-level agencies—that have created or proposed to create these tracking lists for their employees’ religious exemption requests.

“As the nation’s largest employer, with more than four million civilian and military employees, the federal government has received tens of thousands of requests for religious exemption,” Perry and Canaparo said.

“It now appears that a growing number of federal agencies are retaining and preserving names, religious information, personally identifiable information, and other data stored in lists from multiple government agencies.”

Perry and Canaparo noted that the lists “will be shared among federal agencies” and will include information such as “religious affiliation, reasons for and support for religious accommodation requests, names, contact information, date of birth, aliases, home address, contact details, and other identifying information.

Heritage’s comment cited a public comment by Missouri Attorney General Eric Schmitt, who said he believed there was a “chilling effect on the exercise of religion by citizens due to the creation of this database”.

The First Liberty Institute, a conservative law firm based in Planio, Texas, issued a statement Friday in response to the Heritage Foundation report, calling the lists of objectors “alarming”.

“These policies could negatively impact the religious freedom of people of all faiths across the country. It is incredibly dangerous (indeed, dystopian) for the government to have a list of religious citizens at its disposal,” wrote Jorge Gomez of First Liberty.

“Tyranny and repression are not far away when the state begins to actively hunt down the faithful. Religious freedom is greatly threatened once the state monitors religious citizens in order to get them to conform to the government-sanctioned viewpoint.

Earlier this month, Perry and Canaparo reported that the District of Columbia State Services Agency announced the creation of the “Employee Religious Exception Request Information System.”

According to the announcement, the system sought to preserve “personal religious information collected in response to requests for religious accommodation for a religious exception to the federally mandated vaccination requirement in the context of a public health emergency or incident similar health and safety”.

“The record system will assist the Agency in the collection, storage, dissemination and disposition of information about employees’ religious exemption requests collected and maintained by the Agency,” the announcement reads.

Although the agency in question is a small federal agency, Perry and Canaparo expressed concern about the list and said the new system “would serve as a model for a whole-of-government push to assemble lists of Americans who s ‘oppose on religious grounds’. to a COVID-19 vaccine.

“The announcement also does not say what the agency will do with this information after deciding on an employee’s request for religious accommodation,” wrote the legal fellows.

“And the announcement also fails to explain why the Biden administration chose to test this policy in an agency with predominantly black staff who are both more religious and less vaccinated than other groups.”